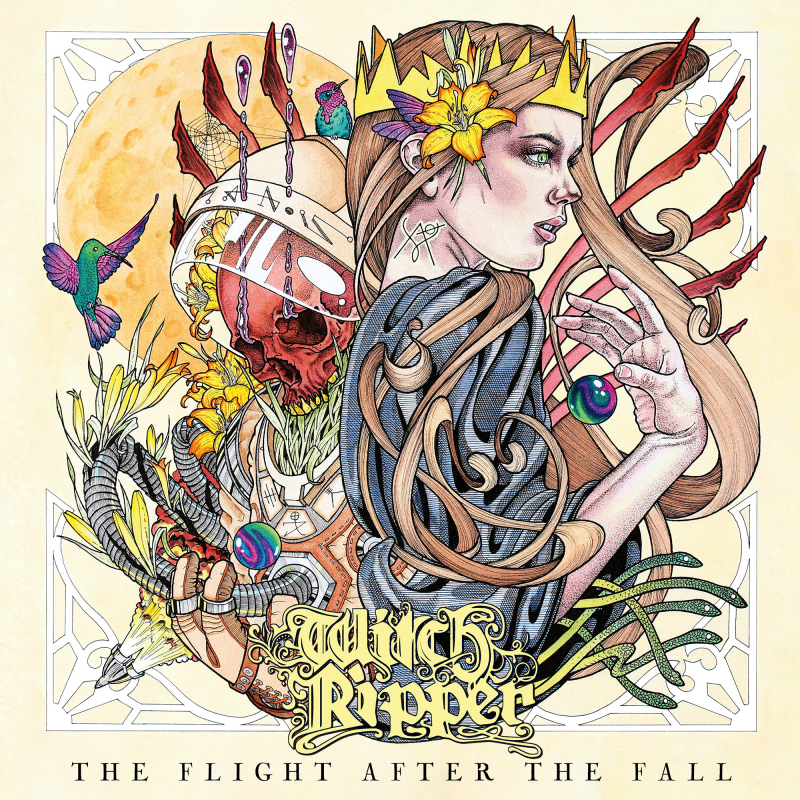 WITCH RIPPER have created a loving pastiche of the legendary pulp science fiction stories of old. The story told on their sophomore full-length "The Flight after the Fall" has all those tasty ingredients: a mad professor, his dying wife, cryogenic chambers, a black hole as well as themes of love, failure, loss, and acceptance. Musically, WITCH RIPPER have packed "The Flight After the Fall" with as much aggression and barely tamed electricity as anybody knowing them would expect, but there are also fleetly intricate guitar interplay, touches of subtle synth, and cosmic atmospherics as well as unshakably catchy clean vocal hooks. In short, WITCH RIPPER maintain their brutal roots while embracing the arena rock bombast of QUEEN and DAVID BOWIE, the exuberant modern prog of COHEED AND CAMBRIA, and MUSE. Born and raised in the city of grey skies and loud music, Seattle in 2012, Washington's WITCH RIPPER have seamlessly welded together the contemporary heaviness of such hard-hitting acts as MASTODON, GOJIRA, and BARONESS with the anthemic bombast of classic artists in the vein of QUEEN and DAVID BOWIE from the start. WITCH RIPPER approach their music in true American fashion: big riffs, bigger hooks, and damn, that drummer! With "The Flight After the Fall", this heavy Seattle outfit re-emerge boldly into the guitar-driven US metal scene.